The man with the hat is back !! 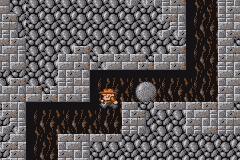 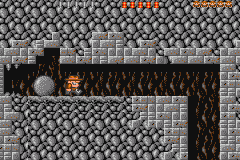 Will Rick Dangerous, intrepid Super Hero and part-time stamp
collector, survive his first mission in the Aztec temple of the tribe?
Should he do so, Rick will face new hazards in the Egyptian tomb and
the enemy fortress.

Rick is equipped with

It’s a faithful port of the Atari ST version. I’m still planning to produce one day a Cart version which will include several improvements like genesis controls and bonuses. I’d be interested to hear any good or bad comments at my email.

Enjoy and have fun